(Toronto 29 August, Okuroku) The summer is coming sadly to an end and with it FanExpo 2018, the third largest convention in North America approaches to end the City’s Con season.

Among the multiple surprises that this convention harbor we are glad to report you 3 exclusive news that will make your heart pound!

I am not kidding you. We got exclusive headsup that the undead creatures of Call Of Duty: Black ops 4 are going to be messing around with their own trolley, so check them out!

Also the Call of Duty: Black Ops 4  team will be giving a press round to talk about the latest Military Survival Horror. Thrilled to know more about this franchise that goes across generations!

As taken from the Media release: 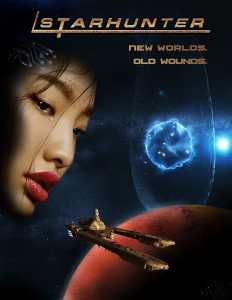 Starfield Indie and Fan Expo Canada are pleased to announce a panel showcasing the creative team and stars of the Starhunter series, REDUX and Transformation.

Scheduled for September 2, 2018 at 12:30 pm at Fan Expo Canada taking place at the Metro Toronto Convention Centre, the panel will feature stars Michael Paré (Dante Montana) and Tanya Allen (Percy Montana) as well as showrunner Philip Jackson, a co-creator of the franchise who also works on the series as a writer and director.

The panel will premiere a sneak preview for the upcoming season Starhunter: Transformation. Following the premiere, attendees of Fan Expo Canada and the media will be given the opportunity to ask questions of the panelists.

The panel will be moderated by the Director of Communications for Starfield Indie, Mark Terry.

Jurassic Park will be celebrated at a new level:

During the 4 days event Rogers Ignite TV™ will be celebrating the 25th Anniversary of Jurassic Park with innovative larger than life screening and unique photo occasions.

As taken from the press release:

“On the evening of August 30, fans will have a chance to relive the thrills of one of the most iconic films in history with a special 25th Anniversary screening of Steven Spielberg’s original Jurassic Park.  Whether you’re a Dr. Grant, a Dr. Sattler, or even a “Newman” – movie goers are invited to don their safari best to celebrate this classic film and take part in an attempt to establish a new world record for the “Largest Gathering of People to Watch Jurassic Park”

Always from the press release, other activities include:

Xena, the Wasp and Aquaman enter to a bar…

Yes, this year celebrities include big shots like Evangeline Lily, Lucy Lawless and Jason Momoa will be offering Photo Ops and meet and greets.

As usual, we invite you to plan your trip beforehand so you won’t miss a thing on FanExpo 2018!