(Lechería, November 27, O’kuroku).- It was finally time to see the aftermath of the lost fable, and this episode of RWBY met our expectations. By the way, you just don not mess with Salem.

However, after processing and coming to terms with all we watched last week, the expectations to see how Ruby and the rest would react was huge. I have to admit that I was not sure of what I was going to see. 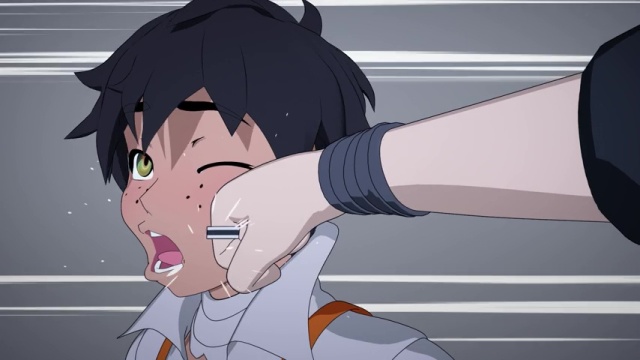 Nevertheless, what I did not expect was Qrow losing his temper. Considering Yang’s temper and the ages of the rest, I was almost safe to assume Qrow will be the only one remaining rational after those revelations.

Witnessing him getting emotional took me by surprise, but after watching the episode again I have to say that I understand why he reacted that way. Ozpin was some kind of God to Qrow, and it is always hard to see your idols fall.

Luckily Maria was there, otherwise things could have gone south. It was nice to see her assuming the role Qrow should have taken, but refused to. I like her character more and more. By the way, this episode showed great writing. Qrow’s lines and also Maria’s lines were superb. 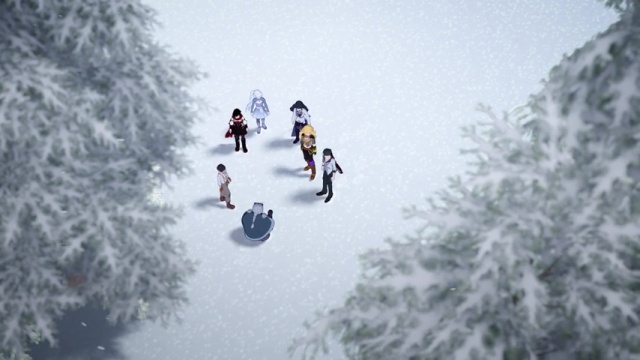 I know many of you think Qrow was too harsh, especially when he told Ruby not to lie to Oscar, but honestly, for all they know, Oscar will eventually disappear and Ozpin will take full control of the body. Telling the boy otherwise without having incontrovertible proof is somehow a cruel thing to do.

By the way, did not you notice that Qrow’s attitude in that moment looked quite similar to Raven’s? I would bet that Raven found out that secret (or at least part of it) and that is why she decided to leave.

On the other hand, Salem’s faction is not running smoothly either. They had a major loss and now they have to regroup before deciding their next move, and that means reporting to the Queen what happened at Haven. 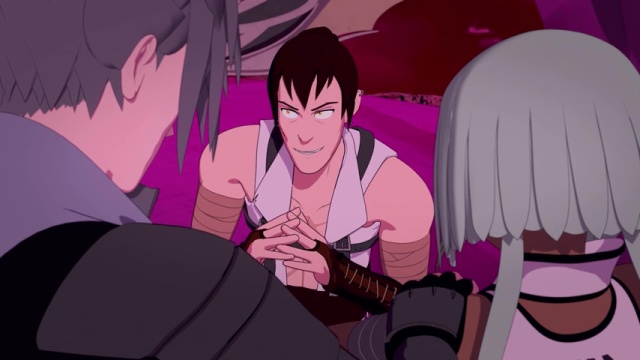 I have to say that Tyrian’s return was great. The way he mocked about Cinder’s fate, and how he teased Emerald (especially when he cut himself with her weapon) was impressive. I know many of you think that she should show more courage, instead of letting Mercury helped her, but you have to keep in mind and she is mourning Cinder, and she is realizing that she is now almost alone in a place where she is clearly not comfortable.

Speaking of not being comfortable, watching Hazel taking full responsibility of the loss was awesome, since that showed a lot from his character. However, lying to Salem is not a good choice, and she reminded him that fact, which eventually led to the Queen forcing the truth out of Emerald (do you remember what I said in the previous paragraph?) 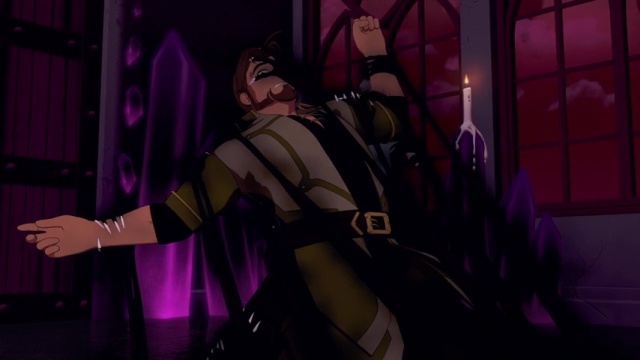 I think Emerald will eventually change sides, or at least she will not follow Salem until the end. She is still there because she is going with the wind, and she is too afraid to do different, but that attitude will change sooner or later, especially after realizing Salem is indeed a terrifying being.

Which brings me to the main point here. I am aware I have defended Salem and I have even justified her considering what the Gods, plus Ozpin, did to her. Nevertheless, that does not mean I am saying she is currently a kind person with a warm heart.

She was a kind person who loved Ozpin and her family dearly, but after being toyed by the Gods, being betrayed by her beloved, and losing her family, her heart became cold, and she embraced hate as her leitmotiv.

Now, I have a question for you. Is really that unreasonable for her to be full of hatred? Of course, she could have taken things differently, but becoming a true monster instead is not surprising at all. 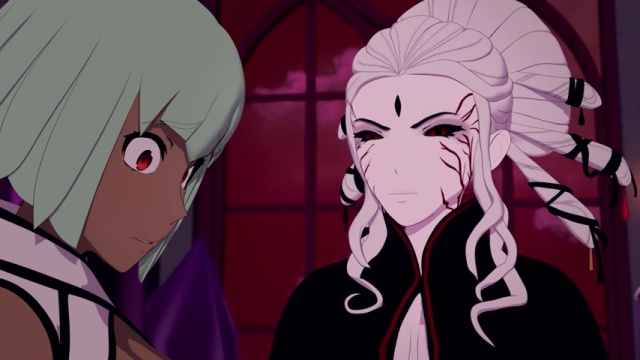 Do I still think she is redeemable? Yes. Actually, after watching her reaction when Hazel told her Ozpin had reincarnated, any doubt I could have had, disappeared. Salem being unable to remain calmed showed that she is still affected by Ozpin, which means there are strong feelings inside of her towards him.

Hate and love are just two sides of the same coin, so if she still feels hate, that means Ozpin can turn that back again into love. If Salem would have remained composed, feeling nothing towards the fact Ozpin had returned, then I would say she is beyond salvation.

In the end, another great episode of this volume. If Rooster Teeth keeps this trend, Volume 6 could become the best volume of the series. Let us see if that ends up happening. See ya in my next review.