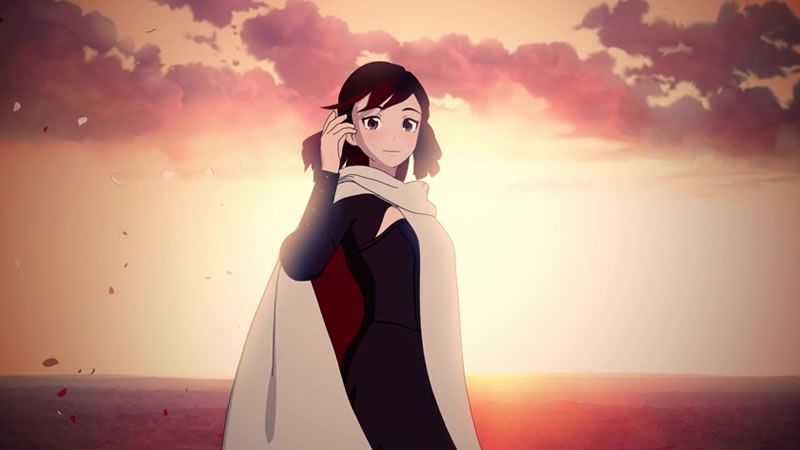 (Lechería, February 6, O’kuroku).- We are finally here, folks. RWBY Volume 6 finale. I do not know you, but I felt this volume was extremely short, good but short. Well, anyway, let us start the analysis.

Let us start with the first scene. Oh my God, I just loved Neo’s and Cinder’s new outfits. Besides, it is clear that Neopolitan’s power are far beyond we thought, which is good to know. Many people say she lacks substance and she is only loved because she represents the rule of cool by herself.

Now, even though I do not necessarily agree with that statement, it would be great if we get more backstory and character development for her. Regarding Cinder reminding us Pyrrha’s last words, well, I guess being mean is part of her persona, and we have to keep in mind that those actions separate her from the path of redemption.

Ok, time to talk about the fight against the Leviathan. The first thing I want to say here is that I expected Blake and Yang to be more affected after killing Adam. You have to be aware that they are still teenagers, and that was the first time they killed somebody.

Seeing Blake feeling responsible of the current chaos was good, but I felt that it was lacking. Let us see if in the next volume that issue is addressed, since it should be. In fact, that should affect Yang even more due to her PTSD. Even professional soldiers have psychological issues after their first killing, no matter if it happened in the middle of a battle.

Ok, the second thing I need to address is the shield. I am an engineer and I could not help but notice the bad design of it. They are in a city which is located by the sea and I would bet that that Leviathan was not the first one they have to fight, so why did they build a shield with such a huge weakness? In all honesty, I felt that was just a plot device to raise the stakes; and even thinking that way, it was still lacking. I did not feel the city was truly at risk.

However, those details were outshined by a great battle sequence, which included Qrow being useful again, Ruby showing how smart she is, and how much she has advanced in the road of being a huntress, and of course, Summer appearance.

Let us be honest here. The battle was not thrilling, and it was short actually. However, from the moment Ruby stood in front of the Leviathan, until Cordovin finally killed it, the whole segment was pure gold.

It was great how they showed Ruby’s memories, the anime-like style was gorgeous. Besides, we were able to see Ruby’s inner feelings and fears again. For me that was a good closure for her entire arc. Now we know that she is still mourning Pyrrha and Penny, that she is still affected by what happened to Yang back at the battle of Beacon, that she is still sad due to Jaune’s pain, and that she is doing her best to overcome all those negative emotions in order to function properly as a leader.

I loved how they portrayed her, first focusing on her good memories, but then failing to remain there and switching into focusing on the bad ones. That is how a human being behaves in those situations. Moreover, her quick thinking for summoning Jinn was clever, even the genie had to admit that. Finally, after pulling herself together, we could see Rose’s determination to conquer her fears in order to save everybody.

That is why it was so awesome to end the sequence with Summer appearance. I could feel the connection between mother and daughter. It felt like Ruby was finally inheriting Summer’s will and power. Yes, yes, before you ask, I cried in that moment… happy now?

Do you know what else was good in that moment? That Ruby’s efforts and power was still not enough to defeat the Leviathan. Maybe she lacked power, perhaps the Leviathan was just too strong, but for me that outcome was symbolic. It does not matter what power do Ruby and co gain, they will still need a lot of help if they want to defeat Salem.

Furthermore, that allowed Cordovin not only to shine, but to redeem herself. She was touched when she realized Ruby did not hesitate to face the Leviathan, despite the fact Atlas military decided to not give her support. That reminded her what was her actual purpose, and as I said in my last review, that was the key for Ruby and co to being allowed to go to Atlas.

Speaking of Atlas, oh my Goodness, that city is just amazing. It was indeed an astonishing view so I can relate to Calavera’s words. Moreover, what Weiss pointed out was very interesting, why are they prepare to face an attack? Do they know something? Are they just being paranoid? I guess we will have to wait until the end of the year to know it for sure.

Finally, it is time to talk about the post-credits scene. A while ago, Emerald started to questioning about being with Salem, and now Mercury began to walk the same road. I am looking forward to see how these two will act in the future. Besides, Hazel’s line means that Salem is going to take action, so she is going to lead the attack on Atlas.

Not to mention those flying monkeys, did you have any doubts about Salem representing the wicked witch? Well, I think it is time for you to disregard them. Oh boy, next volume is going to be a clash of titans. Atlas will be the scenario for a huge battle and I cannot wait to witness it.

Two more things before I finish this review. 1) This episode was too short for being a volume finale. 2) There were fps issues when Cordovin fought the Leviathan. I do not know why CRWBY decided to go with that nor I am going to theorize about it, but I will say that I did not like it at all. It is a finale so you have to give your all on it. Do not get me wrong, it was a great episode, but for a finale you want it to be perfect, and this one was far from that goal.

Overall, this volume was an amazing, fun, outstanding and great ride. In all honesty, this one is fighting hard for becoming my favorite volume of the entire show, place that is currently occupied by Volume 3. See ya in my next review.

If you want to watch the show you can do it in the official website.