febrero 22, 2020
6 Nuevos Artículos
Inicio English RWBY v06e08 When the Crow goes down, the Skull has to rise 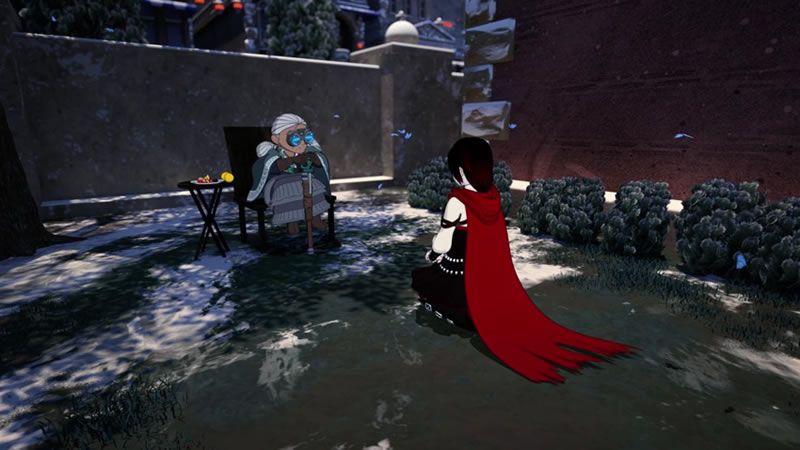 (Lechería, December 27, O’kuroku).- The last episode of RWBY was interesting. It managed to be both unexpected and logical at the same time. Well, not exactly at the same time, but you know what I mean.

Ok, let me elaborate that statement. The first act of this episode was a full comedy segment that caught almost everybody by surprise. It was funny, it was good, but it was the last thing you would have expected to happen. Especially considering it was the first act. 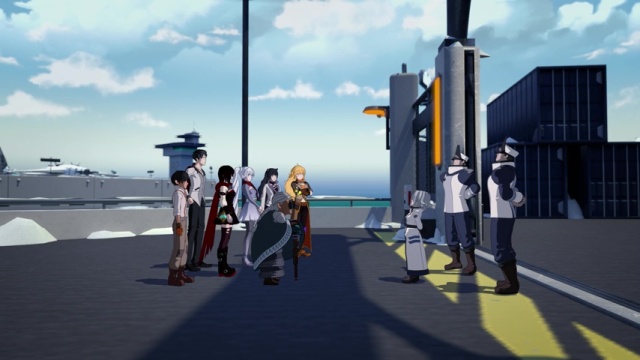 In fact, aside of being an unexpected comedy segment, there is no much more to say of that act. Even the introduction of the new character was not important enough to caught the attention beyond the jokes.

Well, actually there was something that happened in that act that was important enough to become part of the title of this review. Qrow’s attitude keeps getting worse and I think he is pretty close to hit rock bottom. I have to say I understand why he is behaving like that, but I do not agree with how he is dealing with it.

Obviously that was the trigger for some major problems in Ruby’s crew. Jaune, Nora and Ren finally got to know the whole truth and that just shocked them hard, even Nora was blasted away.

Many people are criticizing Jaune because of his reaction and his aggression towards Oscar, but you need to understand that he is one of the people who lost more among the group. Pyrrha died because she chose to follow Ozpin. Yes, attacking Oscar was wrong, but that was just an organic reaction. Try to put yourselves in his shoes just for a moment. 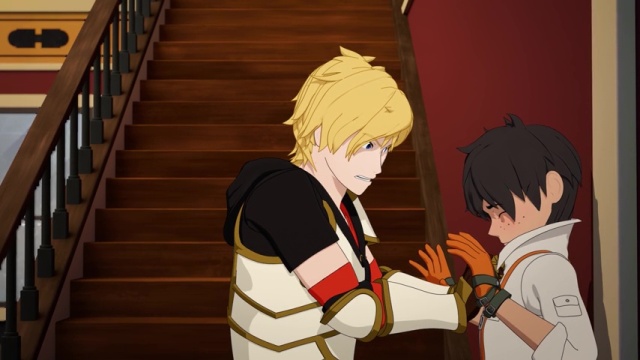 When I saw Nora reacting with anger I knew that they were hit hard. Now, if we add that Jaune must be thinking that Pyrrha died for nothing, the impact gets even more powerful.

Fortunately, Maria stepped in to help Ruby. It is good to see Ruby setting his perpetual optimism aside for a while to face reality. I think we are finally starting to see some character development for her, which almost the entire RWBY community has been asking for a long while.

It is great that Maria is there with her to help her walk that path, because it will not be an easy journey. It never is. I loved that master – disciple dynamic, it was really refreshing, it was needed, and it will be needed a lot in the future. By the way, it was astonishing how well the CRWBY handled that sequence. The animation was superb, especially the butterflies; besides, they have achieved an outstanding level in the facial expressions department. 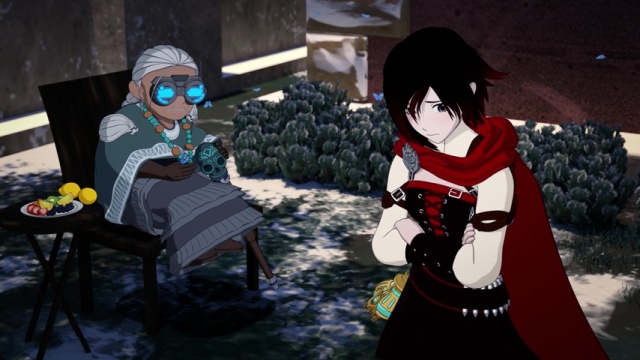 Sadly, Oscar went missing (which was kind of expected at this point) and the group will have to put aside their internal conflicts to go find him. By the way, if you see Jaune’s reaction to that, you will realize that he must be feeling sorry for what he did before. See ya in my next review and Happy Christmas and Happy New Year!