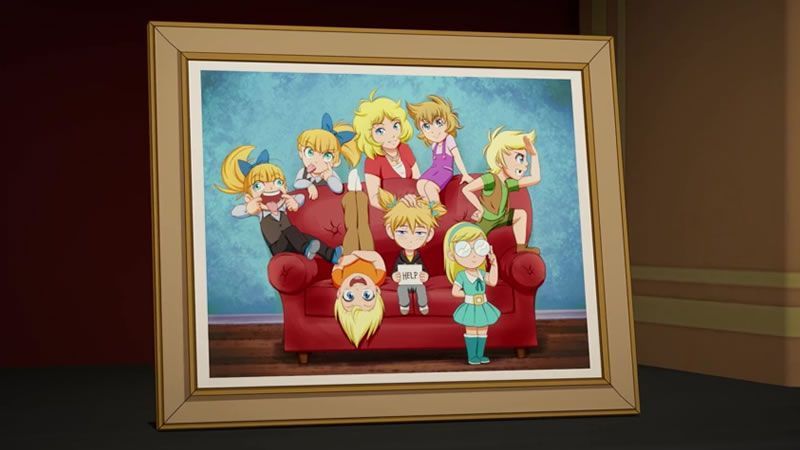 (Lechería, December 19, O’kuroku).- The most recent episode of RWBY gave us a lot of great things. Not only we could see Maria Calavera’s past, but we also could meet another member of Jaune’s family.

Ok, but first we need to talk about the first scene. Though there is not much to say to be honest. Cinder and Neo established a pact to kill RWBY, which I am sure it will backfire to Cinder since she is going again against Salem’s will. Not to mention that I believe Neo is not entirely loyal to the Fall Maiden, if she is loyal at all. 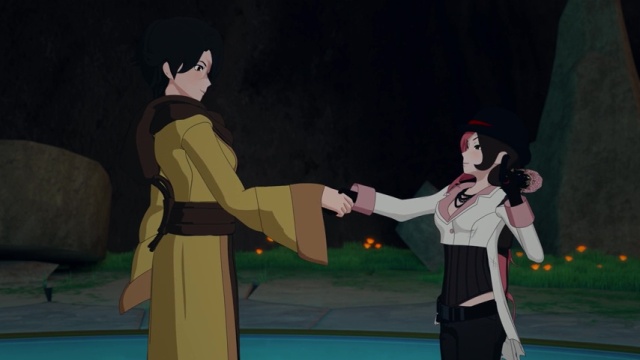 It is funny. Salem was punished by the Gods because they wanted her to learn a lesson… many years later, Salem has learnt nothing. Now, Salem is not helping Cinder because she wants her to redeem herself… however, Cinder is using some technicalities to keep putting her desires before Salem’s. It seems history just keeps repeating itself.

Now, it is time to talk about the next act. I have to say that the entire sequence of Maria’s fights was great, although it was really sad to see how she lost her eyes. The music, the choreography, the sound effects, everything was great, and the director did a fantastic job pulling all the things together for gifting us with 2 amazing fights.

Besides, Tock was a great, although brief, addition to the cast as a new faunus. Her design, fighting style, and weapon were cool (not to mention all the “hidden” references to Peter Pan). Moreover, Ruth Urquhart did a good job in the voice acting department. That accent really nailed it. 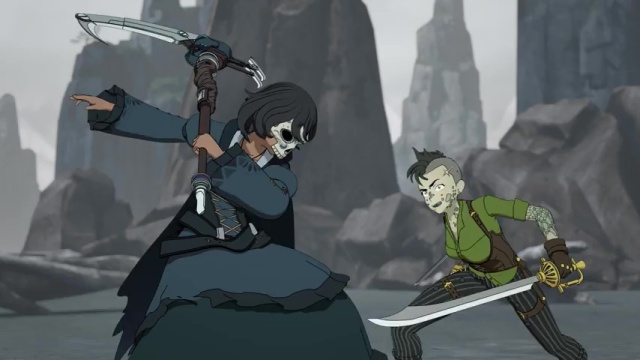 However, what I think it was the best part of the episode was the fact of Ruby finally finding a proper mentor. I am aware Ozpin and the other professors of Beacon had that job, and then Qrow received that responsibility. Nevertheless, none of them performed well in that task.

Yes, they taught Ruby a lot of stuff, they gave her some good advices, but in the end, they could not teach her all she needed to learn, either because they did not want to (Ozpin) or did not know it (Qrow).

I think Maria will not hide things from Ruby, and since she also has silver eyes, she has the qualifications to teach her how to use that ability. Besides, Maria is in desperate need of redemption since she was overcome by fear after losing her eyes, which will make her to give it all to teach Ruby. Unfortunately, I suspect that this path of redemption will end in her death. I hope being wrong, though.

The second part of the episode showed us a warming reunion at Argus, and we finally could meet one of Jaune’s sisters. Furthermore, we could see a family picture! By the way, poor Jaune, he must had suffered a lot in that environment. 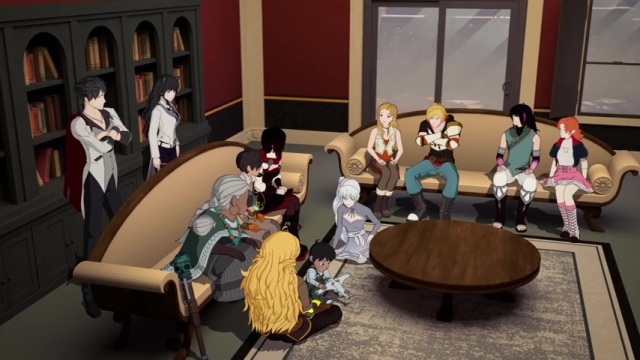 Of course, I have to mention that we met the first official LGBT main couple in the series. In many interviews RWBY’s creators had told us that there were LGBT characters in Remnant, but it was in episode 1 of volume 5 when we finally saw the first LGBT couple, although they were some random pedestrians. Afterwards, we confirmed the first LGBT main character when Ilia confessed to Blake, and now, we met Saphron and Terra.

Saphron and her wife are indeed quite a nice couple and what I liked the most was the fact that the show did not highlighted they were LGBT. We just watched a normal couple receiving some guests at home. In my opinion, that will always be the best approach to this matters, and I only can hope this does not cause a ruckus in the community. 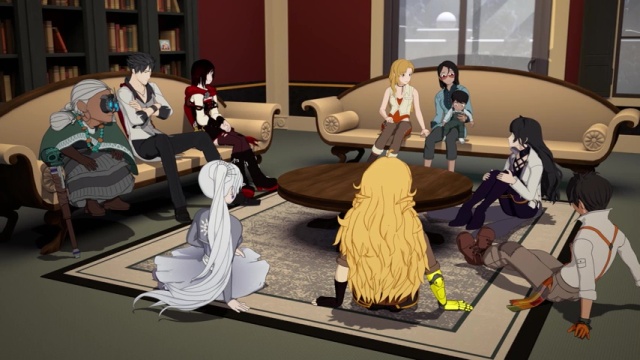 In short, another good episode, although the plot did not advance much. Let us see what will happen next. See ya in my next review.